Okay, why do I know find what I was looking for 2 years ago?? 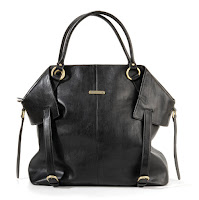 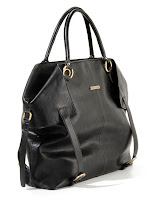 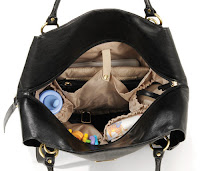 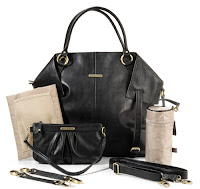 Priced at $150, it ain't TOO bad considering you get all the accessories, functionality and it's one of a kind.  I'm not a fan of the little clutch it comes with but I'm sold as long as the faux leather isn't too pleathery, which it doesn't look like it is.

They have other convertible bags too but I like this one best.
Check 'em out here.
Posted by joohyon78 No comments:

Email ThisBlogThis!Share to TwitterShare to FacebookShare to Pinterest
Labels: gear

New things Maxx is doing from over the last few months...

EATING
He eats by himself SO well now. He's really into soup these days and now gets most of it into his mouth. He spills so much less than before. He's been eating well consistently for weeks now. It's the longest run in a while. Hope he stays like this FOREVER. ha~

The pic below is of his leftovers from one lunch. Do you see the little brown things in his miyuk gook (seaweeed soup)? Those are pieces of chicken nuggets. Gross, right? He would only eat them if they were in his soup. What a weirdo. 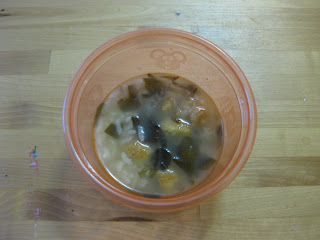 Maxx also HAS to have kimchee with almost every meal. Could that be genetic? If so, I'll take it!

GETTING AROUND
Maxx now walks down stairs like adult by holding the underside of the banister/rail. He still can't reach comfortably to hold the top part. When we're out and about, he's so good about holding my hand when he should. And when he just walks on his own, he's great about staying in my view, or his view I should say. He still touches EVERYTHING in sight so I can never let him walk around stores.

SLEEPING
He consistently sleeps so well now. He sleeps like a big kid too. He HAS to be tucked in with a blanket and will try to stay under it. While he's sleeping, if he realizes the blanket's off, he puts it back on. Half the time, he now tells me that he's tired and wants to go to sleep. How CRAZY is that. His naps are longer now, about 2 hrs on average and I now start his night routine at 7:15pm. He's asleep by 7:30/45 latest every night and gets up between 6 and 6:30 every morning. When he gets up from his naps and in the morning, he play by himself for over 30 minutes, and always just says "umma, come!". Dr. Weissbluth knows what he's talking about when he talks about putting them to bed EARLY. It's so simple yet sheer genius. He still gets cranky here and there but overall, he's SUCH a better sleeper. "Dear God, please help Maxx to continue to sleep well so he gets all the rest his body needs to be healthy and happy."

TALKING
He talks SOOOO much now. He regularly says 4 word sentences and hardly ever does the grunting/pointing thing anymore. He's literally non-stop ALL day long. This drives me bonkers for 90% of the day because he doesn't stop talking and needs answers to every question. Fortunate or unfortunate, I'm the only one that understands just about everything he says. But when he says something smart or cute or hilarious, I can't help but hug and kiss him to death. He's such a ham though, he'll then say or do whatever it is 10 more times to get the attention. His vocab is crazy now too. He says at least 5-10 new words every day. Words that I've used with him that I had no idea he knew how to say. Serious sponge. Now I gotta get him more comfortable to talk in public. ha~

READING
We now read Dr. Seuss books as part of his nap/night routine. They are dramatically longer than Good Night Moon. Who knew when I picked up the first one! But since the first book, he sits thru the ENTIRE book and at times will tell me what's going on, according to the pictures. So cute.

But have you ever read "One Fish Two Fish, Red Fish, Blue Fish" or "And To Think That I Saw That on Mulberry Street"? Oh my goodness. The first time I read those books, I had to stop multiple times on each page to correct myself. I almost felt bad for Maxx because umma felt so dumb not being able to properly read a children's story. hahaha. The rhyming and "unusual" language makes me have to concentrate which is hard when you're tired. Thank God "Green Eggs & Ham" and all the others are so much easier.


I swear that Maxx is so much more interesting than I am. ha~ People tell me he's smart. Not sure if he is really smart, but one thing he is, is extremely observant. He notices EVERY little detail. When he was 7 months old, he would point to a small shopping bag sitting on my kitchen counter. It would be the only "change" in the room and he'd have to call it out. (Yes, I'm anal and most things are put back to their place. ha.) He would point out if my cabinet door was left open or if the air vent was left uncovered. Genetics much? When he was about 15 months, I'd be folding laundry and he'd tell me who each shirt belonged to. That was strangely entertaining. hahaha. Nowadays, he points out EVERY train, big truck, mail truck, garbage truck, firetruck, school bus, and airplane in sight. We could be driving and he'll point out the tiniest airplane way up in the sky. I had NO IDEA there were so many airplanes in the air all the time.

Anyways, here are some other Maxx snippets... 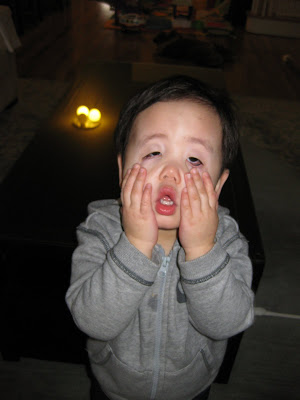 Maxx had a cold and mean umma still made him sing his ABC's.
And no, music is not one of our family's giftings.
Note to moms: Don't let anyone tape you with your kids from this angle. NOT flattering.


Untitled from gunn doo on Vimeo.

Playing the xylophone at the Liberty Science Center in Jersey City. 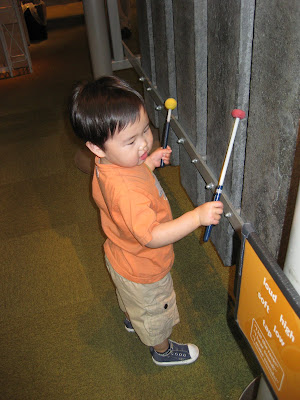 While he was doing this, a 5 or 6 year old African American boy came and took one of his mallets. He had to have been at least a foot taller than M. Watching this, I was scared for Maxx for sec but wanted to see what he'd do. I thought he'd start whining or crying but instead, he looked up, paused, then took a step forward and hit the boy in the stomach. I took a few seconds to CRACKING UP inside, then I went over and apologized to the kid explaining it was because he took the mallet from him.

Dear Maxx,
Hitting is not nice...but in this situation, I was SO proud of you! GO MAXX!!! You showed courage, strength, the ability to defend yourself, and independence. You didn't need me. Good boy! But don't forget...hitting is not nice.
Love, Umma
Posted by joohyon78 3 comments: